David Haneke is born and grew up in Vienna, as son of Austrian film maker Michael Haneke and film editor Lore Haneke. From early days film plays a important role in his life.
During primary school at Waldorf-school Vienna, he studied Violoncello with Prof. Ebert (1974-1985)
From 1985 – 2005 he lived and worked in Amsterdam NL, where he graduated 1992 in “performing arts” at the National School of Arts. In addition to acting in many Dutch theater productions – including several years as performer and video specialist with innovative site-specific theater group BEWTH – he has directed and produced a number of independent films and video installations in Europe.
His work found its core in Video Stage Design, creating pre-produced and/or Live Video Projections for Theater, Opera, Dance and Music.
2016 he joined the American Cult Band Tuxedomoon as live on stage visual artist
Since 2005 he lives in Switzerland. 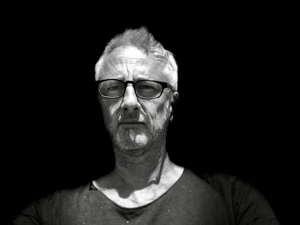